What is grounding and earthing transformer

What is grounding and earthing transformer ? 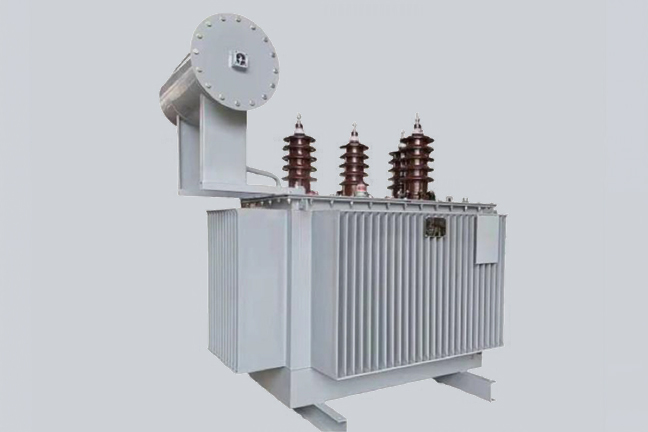 A grounding transformer is also called earthing transformer. Which is a type of auxiliary transformer used for generating a earthing fault current (when the fault occur) to neutral for relay protection purpose in three-phase electric power systems. It is a grounding / earthing path to either an ungrounded wye or a delta-connected system.

It is very common on generators in power plants and wind farms. Neutral grounding transformers are applied on high-voltage (sub-transmission) systems, such as at 33 kV system circuit not have a grounding.

With the need of urban construction and development and the increase of power supply load, many places 132 / 11kV terminal substations are being built in urban areas. The voltage 132kV incoming line is adopted on the primary side. With the majority of the 11kV outgoing in urban areas are overhead cable outgoing, and the single-phase capacitive current in the 11kV distribution network will increase sharply.

According to the "Overvoltage Protection and Insulation Cooperation of AC Electrical Devices" of the former Ministry of Electric Power Industry, when the single-phase ground fault capacitor current of 3-66KV system exceeds 10A, the arc elimination coil grounding mode should be adopted. In the general 132 / 11kV substation, the transformer low voltage side is △ wiring, and the system low voltage side has no neutral point to lead out the transformer. Therefore, the 11kV grounding transformer setting should be considered in the substation design.

The principle of Grounding / Earthing Transformer

The Z-type grounding transformer is the same as the ordinary three-phase core power transformer in structure, but the winding on each phase iron core is divided into two parts of the equal number of upper and lower turns, which are connected in twists and turns. Different wiring modes are divided into ZN, yn1 and ZN and yn11.

Z-type grounding transformer, can also be equipped with low-voltage winding, connected into a star neutral point grounding (yn) and other ways, used as the transformer used.

Scope of application: Suitable for oil-immersed Z-type grounding transformer with a capacity of 220 kVA and a voltage of 33 kV and below.

For the 33KV and 66KV distribution network

The transformer winding usually adopts the Y connection method, with a neutral point leading out, so there is no need to use the grounding transformer.

For the 6KV and 11KV distribution network

The function of the grounding transformer is to draw out the neutral point to connect the arc elimination coil when the system is △ wiring or Y wiring neutral point is not drawn.

That is, each phase coil is wound around two magnetic columns, and the zero order magnetic flux generated by the two-phase winding counteracts each other, so the zero order impedance of the Z-type grounding transformer is very small (generally less than 10 Ω), the no-load loss is low, and the transformer capacity can be used by more than 90%.

The ordinary transformer zero-order impedance is much larger, the arc elimination coil capacity generally should not exceed 20% of the transformer capacity, so it can be seen that the Z-type wiring transformer as a grounding transformer is a better choice.

Generally, when the system imbalance voltage is large, the three-phase winding of Z transformer made into balance type can meet the measurement needs. When the system unbalanced voltage is small (e. g., the full cable network), the neutral point of the Z-type transformer should make an unbalanced voltage of 30 V to 70 V to meet the measurement needs. 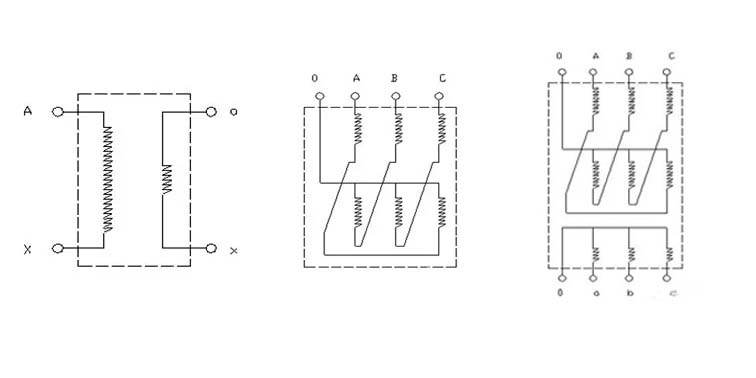 When a single-phase grounding fault occurs in a neutral ungrounded system, the line voltage triangle remains symmetrical, which has little impact on users' continuous work, and when the capacitive current is relatively small (less than 10A), some transient grounding faults can disappear automatically, which is very effective for improving power supply reliability and reducing power outage accidents. Because of its simple operation mode and low investment, this operation mode has been adopted in the initial stage of China's power grid and has played a good role.

However, with the growing growth and development of the electric power industry, this simple way is no longer able to meet the current demand. With the increase of cable circuits in urban power grids, the capacitive current is increasing (more than 10A). At this time, the grounding arc cannot be reliably extinguished, which will lead to the following consequences.

1. Intermittent extinction and reignition of single-phase grounding arc will produce arc grounding over-voltage with amplitude up to 4U (U is the peak value of normal phase voltage) or higher and long duration, which will cause great harm to the insulation of electrical equipment and cause breakdown at weak insulation; Cause heavy losses.

2. Due to the air dissociation caused by the continuous arc, the insulation of the surrounding air is damaged, and the interphase short circuit is easy to occur;

3. Ferromagnetic resonance over-voltage is generated, which is easy to burn out the voltage transformer and cause damage to the arrester, and may even cause the arrester to explode;